The reason behind the male wedding band  November 7, 2018

Why do males even wear a wedding band? You may never have even asked the question. Too embarrassed to ask? Everyone just knows the answer, right? It’s just one of those things, men wear wedding bands.

Wearing a wedding band is one of those things that a lot of people do, and for good reason. A wedding band, is just that, a band that is a symbol of a marriage. Often vows that surround the band in a wedding ceremony talk about how it is a symbol of the ongoing commitment that one person makes to another. A band is a perfect circle, symbolising continuity, with the metal symbolising strength. Bands are generally made out of durable metal, with the idea that, well ’til death do us part’. That is why we make our bands out of Tungsten and Titanium which are two of the strongest metals that exist.

Wedding bands for males are not new, in fact they are an ancient tradition in many cultures.  So depending on who you are, it may mean a different thing from the person next to you, and might be worn in a different way. In Australia, generally the male wedding band is worn on the fourth finger on the left hand. It became common for a male to wear a wedding band in the early 20th century.

Some people choose to have no band, some get a ring tattooed on, some buy another gift they deem more symbolic. Of course it is completely up to you what you choose. So good luck. And remember, in the end its all about the promise of commitment that you will make to each other.

One ring, one choice .
For those who have better things to do than jewellery shopping. 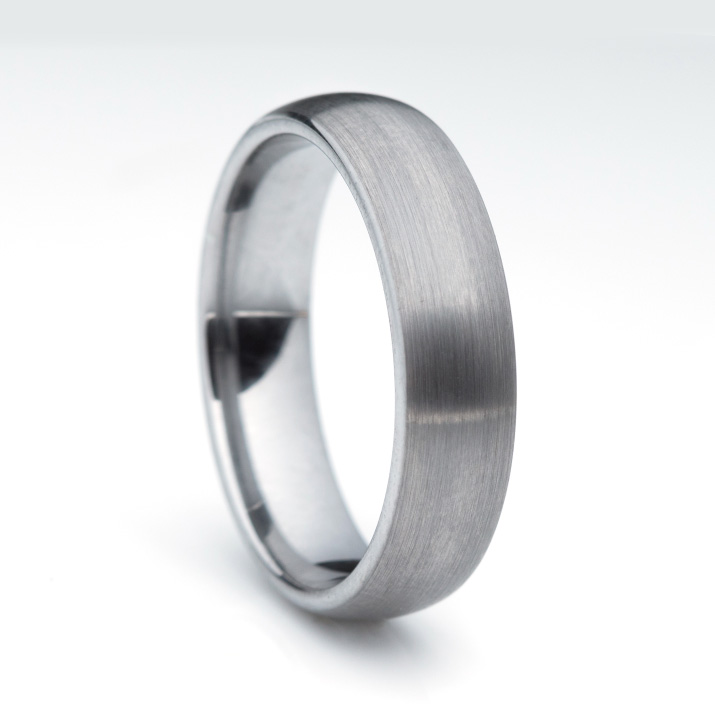 Melbourne born, bred, based, and operated. The brainchild of two childhood mates joining together to create what we wish had existed when we each got married. We hope you like what we’re about. Learn more here.

Buying a ring online brings with it the challenge of sizing. Sure, you get the correct ring, at the best price, but can you really get the right size? With us, you will – We stock twice the number of size increments than almost all jewellers. Learn more here.

Customer satisfaction is our first priority, so please, if you’re not happy with your purchase for any reason, and it’s still in as new condition, just send us an email within 60 days of buying. We offer exchanges and refunds and usually respond to customer queries within 24 hours.